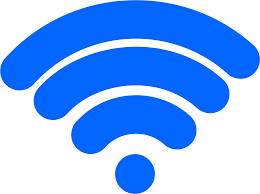 Have you ever been in a location where you couldn’t get Internet service on your phone when you really wanted it? Remember how angry or frustrated you were that you couldn’t get what you wanted when you wanted it? We’ve become so immersed in our expectation of immediate gratification in all things at all times that we’re shocked and upset when our expectations go unfulfilled.

As a mother of three boys, I’m often surprised at the level of entitlement so many people younger than me display. But then I realize I’ve become just the same in many ways. If we can send rovers to deep space, we should be able to get wi-fi whenever and wherever we need it—and right now!

Back in 2014, There were about 40 million hotspots globally. It was projected, in a global survey of Wi-Fi hotspots carried out on behalf of network aggregator iPass, there would be more than 300 million hotspots worldwide, making access a pervasive part of the lives of billions by 2018.

Unfortunately, that has not come to pass. As of 2016, the U.S. dominated the world in identified WiFi networks with approximately 50 million (6 million in California alone). The country in second place was Germany with 9 million networks.

So where is the world’s WiFi? 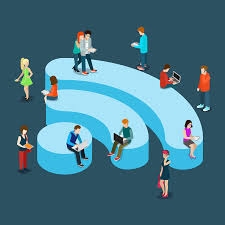 While the U.S. and other countries of the world have an abundance of Wi-Fi networks, Africa is lagging behind. In 2015, only around one in 10 African households had internet access, compared with over 80% of European countries. And while a United Nations report on global connectivity estimated then that almost half of the world’s population would have access to the internet, this true figure was less than 10% for the least developed countries.

African countries also pay considerably more for broadband in comparison with more developed countries. Africans pay more than 170% of per capital gross national income for access, a huge jump from the next highest area, Asia Pacific, where broadband costs only 16% of GNI. This goes down to 1.3% for Europe.

Until a more cost-effective and hardier system is created, global WiFi for all is still a hope for the future.