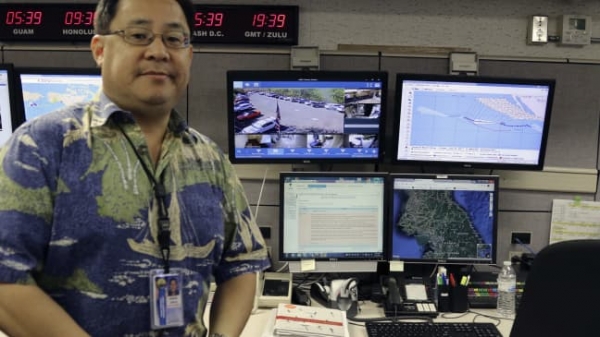 Last Saturday, A false alert was triggered in Hawaii warning that an inbound missile strike was imminent. According to those who heard it, the warning said they had 38 minutes before the strike occurred.

It was only a short time later when the all-clear signal was broadcast. The Hawaiian Emergency Management Agency claims the alert was caused when an employee pushed a wrong button which triggered the alert. However, there is strong speculation that a hacker got the system’s password from a photograph that was included in an article about the agency back in July 2017.

On Saturday, January 13th, people in Hawaii were awakened by a terrifying alert warning the agency said was not the result of a system hack, but a mistake by an agency employee.

"It was a mistake made during a standard procedure at the changeover of a shift, and an employee pushed the wrong button," Gov. David Ige said.

But an Associated Press photo from July that recently resurfaced on Twitter has raised questions about the agency's cybersecurity practices. In it, the agency's operations officer poses in front of a battery of screens. Attached to one is a password written on a Post-it note.