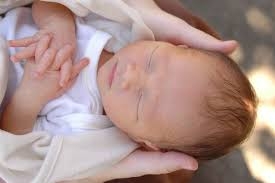 We don’t often hear about births being a “first” or “historic”, but that’s exactly what took place in a birth late last month. For the first time ever in the US, a woman born without a uterus has given birth, Time reports. It was announced last Friday, the baby boy was delivered via a planned Caesarean section in late November at Baylor University Medical Center at Dallas.

"We've been preparing for this moment for a very long time," uterus transplant surgeon Dr. Liza Johannesson said. Baylor has completed eight uterus transplants as part of an ongoing clinical trial, but at least three have failed.

The unidentified woman was the first to give birth with a transplanted uterus in the US and only the ninth woman in the world to do so, according to the Dallas Morning News.

Multiple surgeons at Baylor report crying during the birth. “It gives hope to women who didn’t feel like they had hope,” said Dr. Colin Koon, a member of the transplant team.

The women in the clinical trial have absolute uterine factor infertility, which means their uterus doesn't work or isn't there, and many had grown up without hope of giving birth.

Doctors say the uterus transplant procedure could also one day help women with other medical complications, such as cancer-related hysterectomies, give birth. “I have family members who struggled to have babies, and it’s not fair,” 36-year-old Taylor Siler told Time.

“I just think that if we can give more people that option, that’s an awesome thing.” Siler donated the uterus that made last month's historic birth possible.